Kaufman’s Army & Navy is one of the oldest
military surplus retailers in the United States and the oldest in New York City.

We specialize in original new and used military surplus uniforms, equipment and insignia
from the United States Armed Forces and many foreign countries.

Military collectors and enthusiasts from all over the world
are daily visitors to our 42nd Street retail store.

Costume Designers and Theatre Professionals rely on us practically every day!

Please stop by for a visit.

Nathan Kaufmann opened his original store on the corner of
Cortlandt and Greenwich Streets in lower Manhattan.

The store was located in the heart of an extremely popular and bustling
commercial district fondly referred to as Radio Row.

Our wonderful old store along with the entire district-
all 16 entire City blocks, was completely demolished
to make way for the World Trade Center.

Our store is relocated ‘across the street’
to its present location at 319 West 42nd Street.

‘Mr. Kaufman’ has the same two U.S. Army circa 1898 Hotchkiss
mountain cannons that flank the entrance to our store today placed
outside for the first time, where they’ve remained every day since! 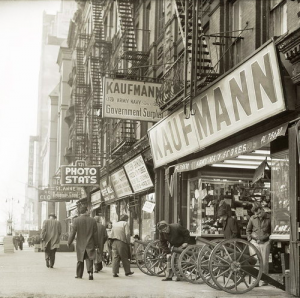 As featured in The New York Times

‘Mrs. Kaufman’ removes the ‘second n’ in the Kaufmann name to make it
easier for customers to locate the ‘Kaufman’ listing in the telephone book!

‘Mrs. Kaufman’ proudly has the entire facade above
our 42nd Street store painted American Flag
red, white and blue for the first time!

Kaufman’s has a History of its Own!

Today, Kaufman’s is the oldest business
in continuous operation on West 42nd Street!

Marked our 75th year in business!

Its bold distinctive appearance replaces all of our printed materials.

Forced to retire was our dynamic ‘U.S. Army captain’ logo in use
since the Vietnam War and our Woodland camouflage shopping bag.

Kaufman’s ‘right-handed’ AND ‘left-handed’ pencils (really!)
make their first appearance,
confusing thousands of our customers ever since!

Kaufman’s Wooden Dollar is ‘minted’ for the first time.

The original design has evolved and is changed every year.

Over the past 25 years, Kaufman’s has supplied theater companies Nationwide,
film and television productions, photographers and illustrators
with an extensive selection of uniforms, uniform accessories and props.

“Many of our customers have remarked
about our ‘Great Stuff!’ for years!

Our Trademark just makes it official!”

Our Trademark says it all!” 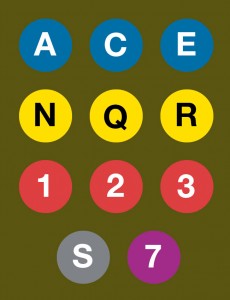 For Web Site questions or comments: 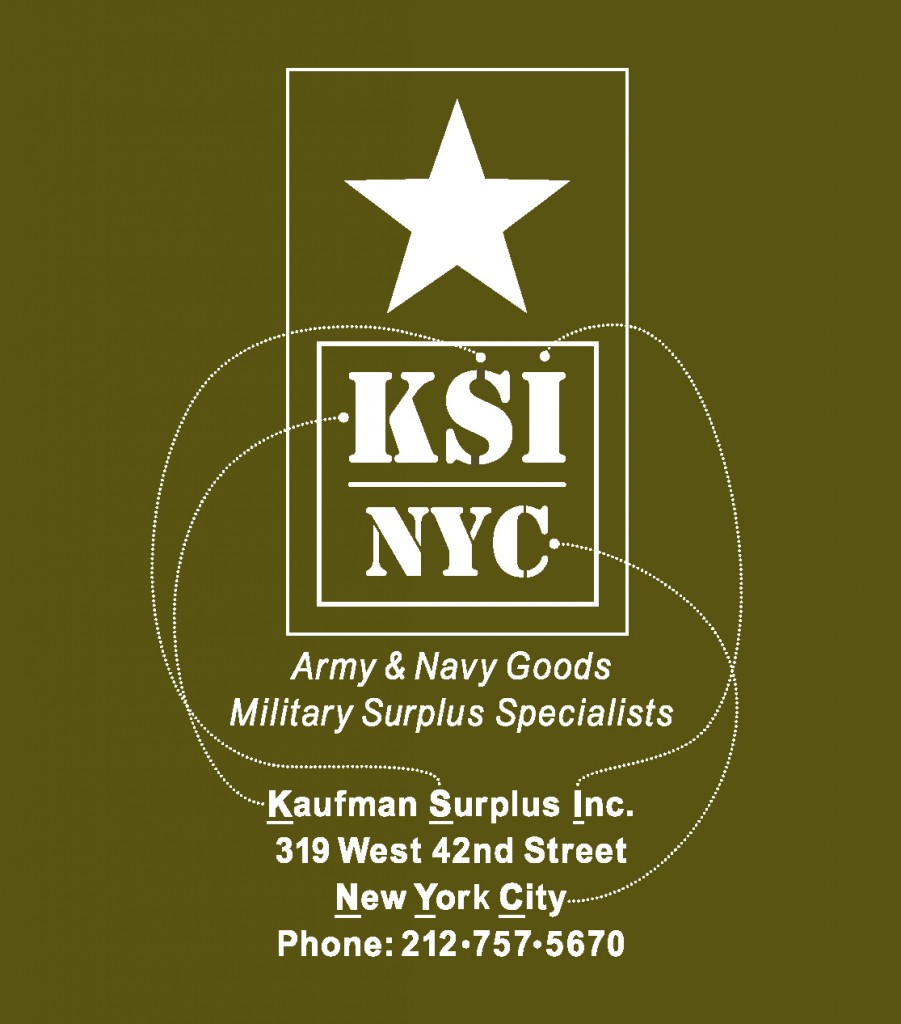